After a very quiet week Holly came home on Friday evening :) Em and I went to meet her and I'm not sure which one of us was more excited to see her :) Anyway, she had a great time, they did so much in just a few days I'm surprised she didn't fall asleep on the way home! I did mange to make some progress in her room in the end...at least you can see the carpet now anyway! There is lots more clearing out to be done still but it's a start!
Today was crop day and I had a really lovely day :) Although I fully intebded to start catching up on my Document 2011 pages I did four 12 x 12 layouts instead :) Feeling very pleased with myself as I have finished them all but one which just need the title (I know what it will be but it's very long so I need to plan it!) I love this Lo that I did using the crop kit.The kit was designed by Anna and can also be brought from 3 Jolly Scrappers.I didn't do the class pages,but there is enough in the kit to do two pages and a mini book :) 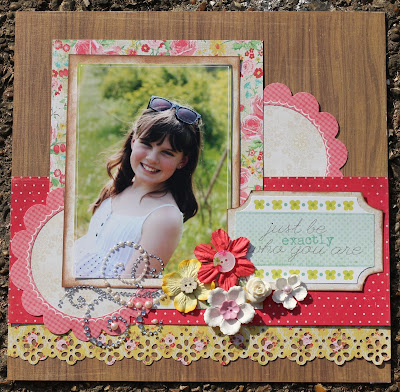 The only things I've added are the crystal bling swirl and a plastic rose button (from a pair of Primark earrings!)
I will get round to taking photos of the other layouts this week :)
Just this week and then it's half term again....:)

Posted by suebaru at 2:52 PM No comments: 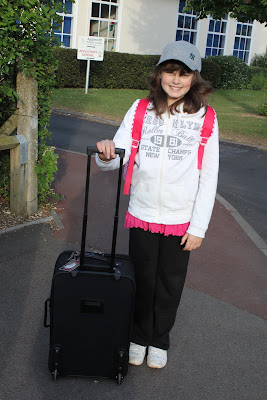 This morning (very bright and early!) Holly set off with the rest of her year for a three night trip to York. I was quite prepared to cry my eyes out once we'd waved her off,but as she went off happy and smiling I was much calmer than I'd expected :) In the past she has got herself in a bit of a state before going away which in turn has me worrying about her the whole time she is gone. I think though she is over that now which makes saying goodbye that much easier . The school are updating their blog regularly too letting us know what they have been up to, I'm quite envious of their fish & chips for tea! This evening they are off on a ghost walk round York ,having visited the Jorvik centre and the Shambles this afternoon.

Whilst she is away I thought I'd try and sort out Holly's room....I wish I hadn't started! I knew it wouldn't be a one day job but at this rate I could be there til Christmas! I have no idea how she ends up with so many 'bits'. In reality I'm guessing she will naturally grow out of a lot the stuff in there soon,bearing in mind she'll be starting senior school next year (although I'm still in denial about that!) ,so I'm trying to thin it out a bit now to give her more room.

As Anna has now put up some of her photos from the weekend I will post a couple more of her fabulous finishing touches..and that cake !! 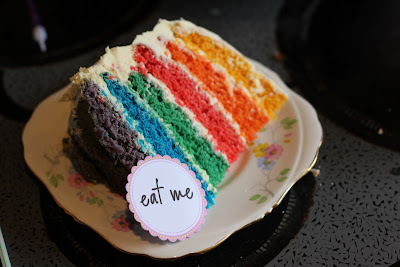 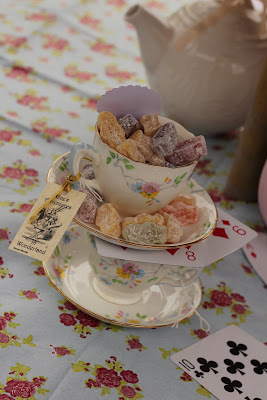 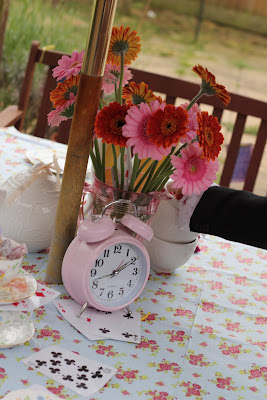 So I thought I'd better do an update! Life has seemed a bit upside down what with all the bank holidays and short days.There also seems to be lots going on :)


Last weekend Holly went away on a two night Brownie holiday and had a fab time kayaking,canoeing and lots of other things.She is so lucky to be part of such a great pack ,her leader has arranged so many great things for them to do over the past three years.It was also a bit sad as most of the girls she joined with have moved up to guides and it was their last activity altogether. This week she is away again ,on a three night school trip...yikes! This will be the longest she has been away from home so I'm hoping she is okay. I know I will be so pleased to pick her up on Friday evening!


Today we went over to Anna's to take the girls to Lilly's birthday party - A Mad Hatter's Tea Party! I will share a couple of photos now and some more once Anna has blogged too as it was all her hard work :) 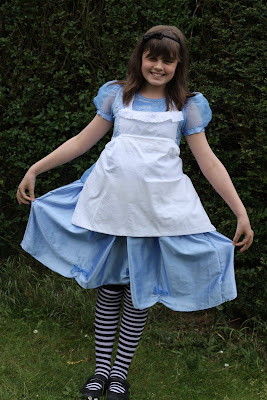 Who'd have thought a very old Cinderella dress would be fab as an Alice dress too ?! (Note it's now at her knees, not full length!) 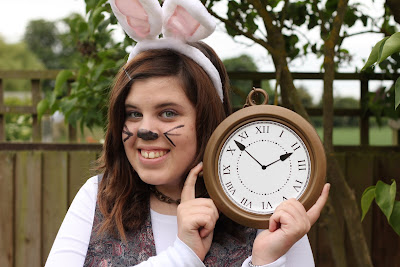 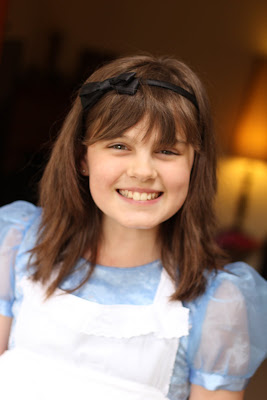 In other news, the kitchen is getting there :) We now have the proper work top in, so that makes a big difference and it's starting to look a bit more 'pretty', with some added 'knick knacks' :)
Hopefully I may have some scrapping to share soon as it's crop day next Sunday :) I haven't scrapped since the last one in March so I'm hoping to catch up on my 2011 album at least!