If I am honest, I'm not really that big on New Year (well actually I am big all year!!) .We rarely go out and I'll be surprised if I can keep my eyes open til midnight tonight!
However, I thought I'd better do some kind of end of year post :)
The main reason we will remember 2010 is of course our almost month long stay in Florida,which now sadly seems ages ago :( Hard to believe that this time last year we were just about to book our flights. I will admit that it did take much longer than I expected for the holiday blues to pass... 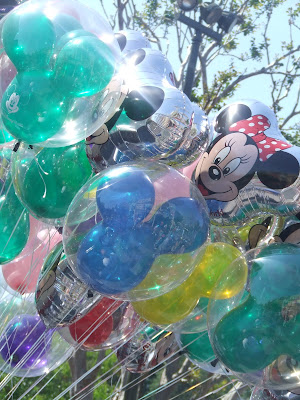 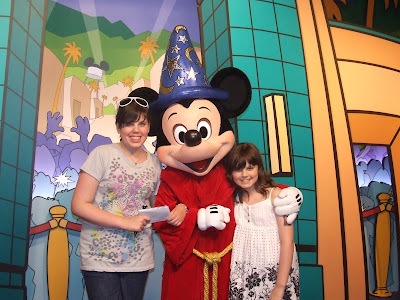 At the ,moment I seem very aware at how much time is ticking by...I'm guessing one of the main reasons is that as from tomorrow I will be able to say that Holly will be going to secondary school next year.I know it will still be 18 months away,but it will still be next year.There is something about my youngest leaving junior school that really makes me sad.No more assemblies, sports days or Christmas shows.Sigh.
I have set myself a couple of 'scrapping' things I would like to do in 2011,but I haven't chosen a word for the year or made any hard and fast resolutions.If I end up at the end 2011 lighter and fitter than I start it ,that would be good but if not...there's always the next year ;)

I will leave you with a bit of fancy bokeh, another of the 12 Days of Christmas assignments .and wish you a very hapy 2011 :) 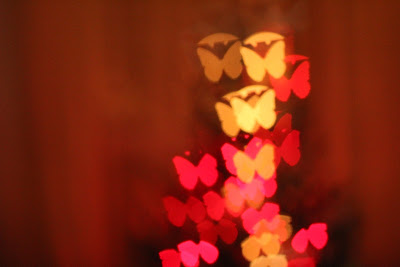 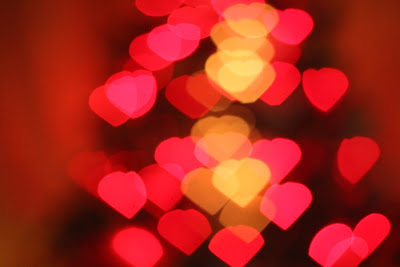 It's been and gone!

Christmas that is, since my last post! Three weeks...I think that has to be a record period neglect for my poor blog :(
So a quick round up of what's happened...
Holly's school show was fab (I will take photos of her costume once the tree is gone and I have a blank background for her to stand in front of!), Em's House Drama production came second .which means that we get to go ansd see her perform it :) The day after term ended we finally had a decent snow fall...and it's still hanging around now, though only in a mucky slushy form :( We did go out with the sledge a couple of times, but Holly wasn't really in the mood and it was really cold!
Christmas Eve saw us slip and slide our way to the Christingle service :) The walk home through the snow, admiring all the pretty lights got us in the mood for Christmas :)
Christmas Day was good,lots of lovely and much longed for presents were given and received :) I was lucky enough to get a new lense for my camera which finally saw me find my Bokeh! This was one the assignments on Cheryls photo course, and I just couldn't suss it with my other lense. 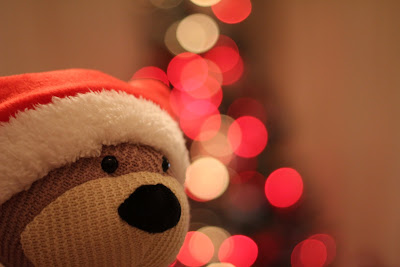 The present that made me laugh the most was the gift of three huge bags of Reese's Pieces -yum!
Boxing day was spent at my mum's and the last two days we have been enjoying lie ins and a lack of routine :) Except for Geoff that is who went back to work yesterday :(
This morning we went for a wander into town as I wanted to get a few things in the John Lewis Clearance. 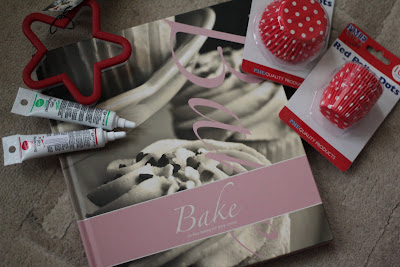 We also got Holly a hat from Claire's in the sale :) I bought her a different one before Christmas but it was a bit small ,result then that Claires had marked theirs down to half price today :) 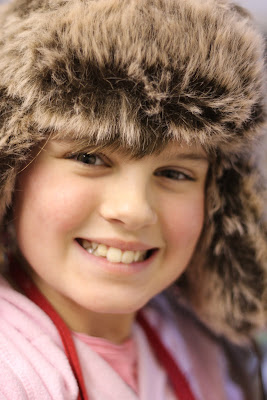 I will be back soon hopefully as I have some scrapping to share as well as the Disney mini album I made a few weeks back :)
Posted by suebaru at 11:45 AM 1 comment:

So far I am keeping up with the 12 Days of Christmas workshop :)Yesterday's assignment was to take a festive photo walk.Sadly the weather was horrible here yesterday, cold ,damp and by late afternoon pouring with rain :(These are a couple of the photos I took despite the dullness! I loved how cool the fountain looked where it was frozen :) 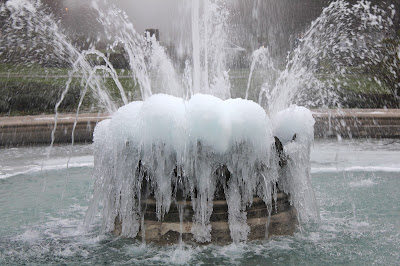 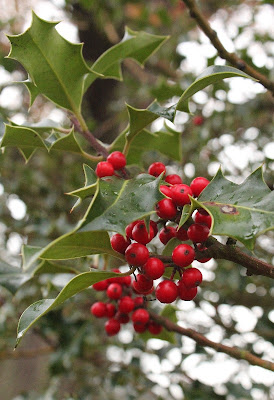 Todays assignment was called Get in Shape and involved taking photos of people -shock horror! I had a perfect image in my head of the photo I wanted but it was not to be! Grumpy models didn't help but I love this shot that I got instead :) 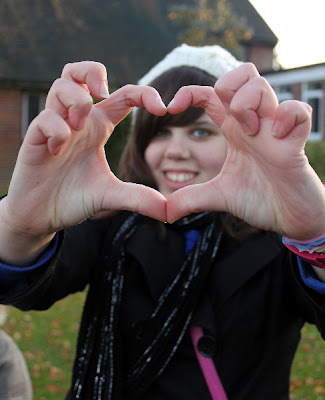 I've also had fun making my own star filter but I'll share the effects of that another day! 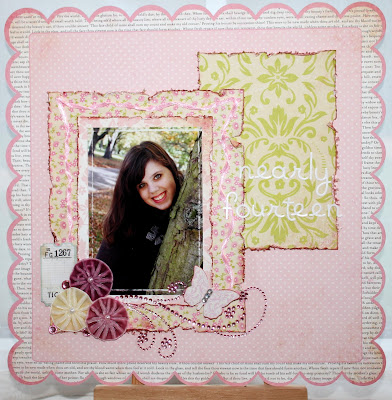 This is one of the layouts I did last weekend :) Not a great photo but better than nothing!I know the title doesn't stand out that much but with fourteen being quite a long word,I had trouble finding letters small enough to squeeze it in!

Today we went to Milton Keynes to see the Christmas displays and get a few bits of shopping (think Paperchase!).I don't think the decs were as good as past years sadly :( The girls had their traditional go on the carousel though :)

This week is a busy one, Holly has three performances of her school play and a panto trip and Em is also busy with drama rehearsals :)

As always in December ,things have started to get a litle bit busy!
Tuesday saw Holly celebrate her 10th birthday :) She got her birthday wish which was snow on her birthday, although we didn't get a great deal.Shockingly though, they were actually allowed out for a snowball fight at school unlike last year when they were kept under lock and key when the bead weather hit! She is having her birthday 'do' in a couple of weeks,a trip to the cinema with a few friends and we had tea at Frankie & Bennys :) 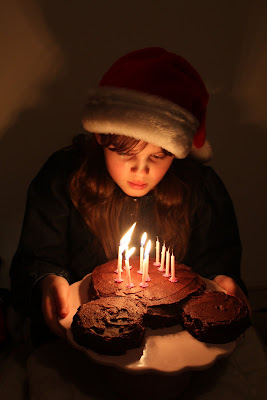 One thing done off my to do list is Holly's costume for her christmas play :)I have no idea what the complete outfit looks like as I sent her mask, hat and tutu in after the main part!Fingers crossed she brings it all home in one piece so I can take some photos!
AS well as signing up for Journal Your Christmas this year I am taking Cheryl Johnson's 12 Days of Christmas photography workshop :)Yesterdays task was to experiment with the different white balance settings on our cameras.Whilst I know my photos aren't perfectly in focus, I'm really pleased at how 'glowy' they are :) I have yet to do todays assignment as it was pretty dark by the time we got back from school so I needed to have a re-think on my original idea. 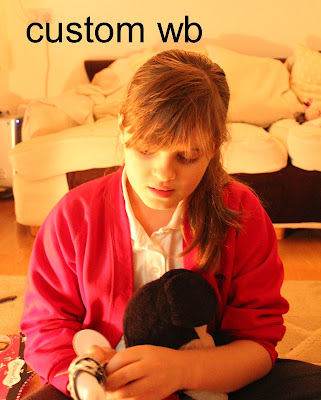 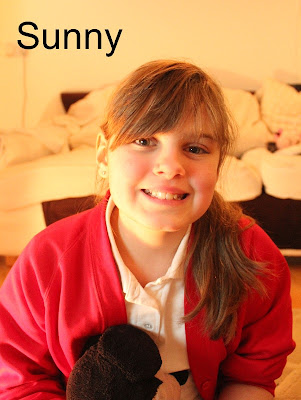 We seem to be the only part of the UK that doesn't have a decent covering of snow,despite being forecast it :( Bah humbug! We were thinking of putting the tree up this wekend, but it feels a bit too early.Plus I really wanted to paint the living room first, so that is my job next Tuesday!
Posted by suebaru at 9:11 AM 1 comment: